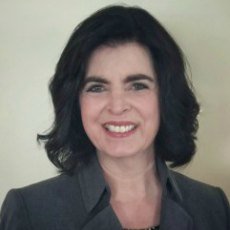 (Hastings, MN) – Marge Gruenes, President of the MN Federation of Republican Women (MNFRW), has announced her resignation due to her battle with cancer. Pam Myhra, MNFRW First Vice President, will succeed Gruenes as president.

“Marge Gruenes has made an indelible mark on the political landscape here in Minnesota. Her conviction and drive to encourage, educate, and support conservative women from all age groups to be key players at the national, state, and local political table, is clearly evident. As a strong leader and mentor Marge has had a profound impact on many Republican women, including me,” said Myhra. Myhra continued, “I am honored to succeed Marge as president and ask you to join me in wishing her well as she battles her illness.”

The MNFRW is the Minnesota affiliate chapter of the National Federation of Republican Women, and promotes the principles, objectives and policies of the Republican Party; elects Republican candidates; informs the public through political education and activity; and increases the effectiveness of women in the cause of good government. In working toward these objectives, the MNFRW concentrates its efforts in the areas of educating, communicating, recruiting, campaigning, fundraising, training and legislative action.