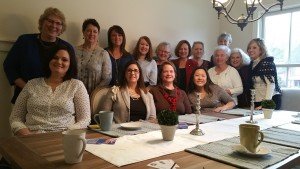 Enjoy a social hour from 7:00-8:00, then sit and watch the presidential debate with fellow Republicans. $10 per person covers food. RSVP to Jane Jasmin at 612-280-6058 or janejasmin@charter.net.

Metro Republican Women is launching a letter-writing campaign to area newspapers.  Why?

To make more visible the perspective of Republican women in the pages of our area newspapers—and to make clear that the Democrat party does not speak for us; that we can and will speak for ourselves on the issues of the day.

Interested in joining? Here are the details:  MRW Writers’ Circle

“How to Make a Difference in the 2016 Elections”

North Metro Republican Women host Candy Sina, Conservative Activist, at their monthly meeting. She’ll discuss how to exercise your influence. Also featured will be insights into the Republican Precinct Caucuses on March 1.  RSVP to Kathy Tingelstad at TinglestadKathy@gmail.com or 763-286-7293.